Athabasca is the farthest north that we ventured into Alberta, about 250 kilometers in distance from Banff. It is situated in Jasper National Park, 30 kilometers before reaching the town of Jasper. Athabasca river is pretty long at 1,230 km, and its origins are found right at the Columbia Icefield. As its origins are glacial, its color is the expected Turquoise that we see in most other lakes and rivers in Alberta.

Saskatchewan is also a pretty long river. We passed by on our way to Jasper. A nice trail that followed the course of the river let us enjoy an unsurpassed view of the valley it goes through.

The river widens in this section, creating a small lagoon. It will continue its flow to the northwest.

I could not resist the temptation and had to selfie. 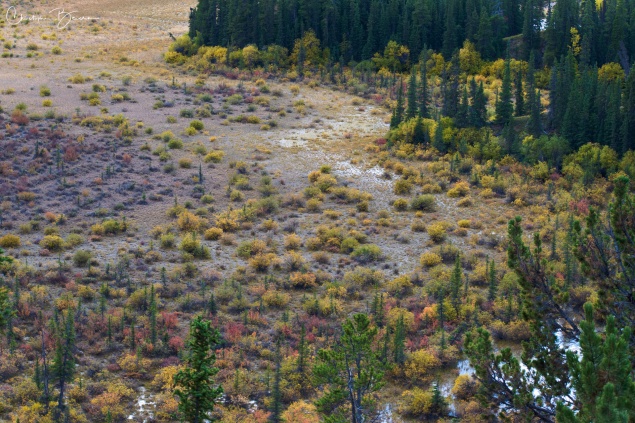 Something to like about autumn’s yellow and red colors is that not just Aspen and Maple trees, but other vegetation also changes. 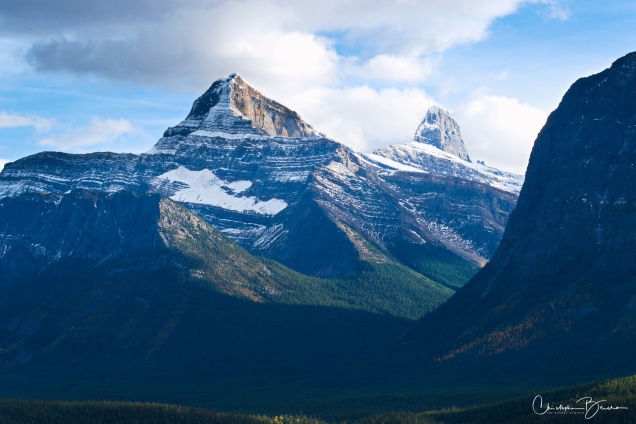 A few Aspen trees turning to yellow can be seen on the mountainside at the right. The snow cover is low at this time of the year.

The valley at Sasketchawan River. It meanders through the wide valley, which surprisingly is not entirely covered by conifer. Bushes have taken residence where the trees have not grown up.

The Valley is deep, and the peaks are tall. Pine forest is dense all the way to the growing line, where no more plants can live. 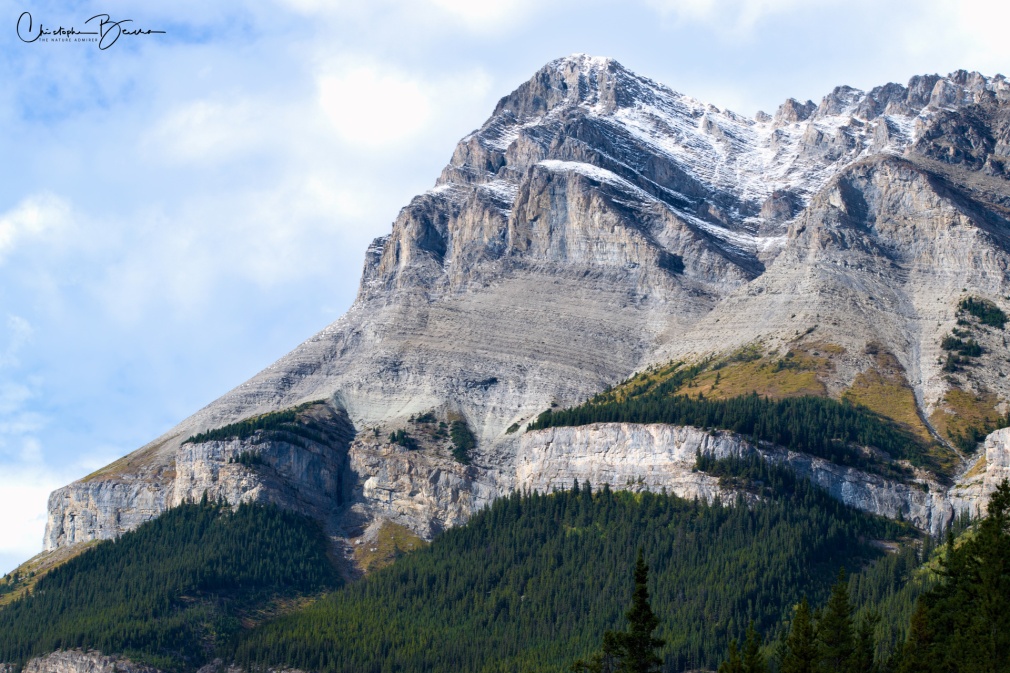 This is a huge boulder. Its color is striking, as most other peaks are made of brown or almost black rock.

Such an amazing vista! Sunset was coming, and all that meant is that the best colors started to show.

The upper section of the waterfall. A series of small cascades join into the main waterfall.

A wider view of Athabasca river, with the valley and a variety of mountains.

The falls at Athabasca. A hint of the green color can be seen in the water that moves just so fast through there.

More rocky mountains, along with a large expanse of pine forest. 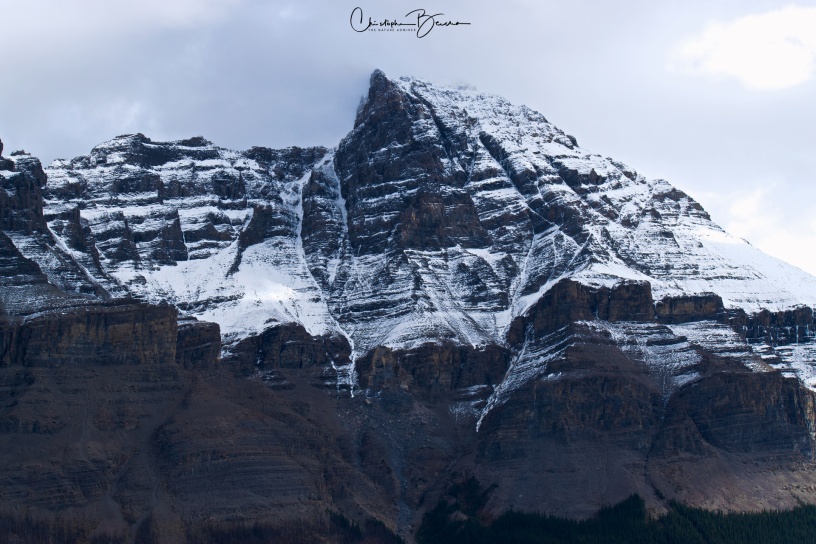 This region should be called “Ice Rockies”. The peaks are tall and almost invariably covered by ice and snow.

A section of Athabasca River, meandering through the valley as it is surrounded by pine forest.

Just after the falls, the Athabasca river continues its course through the canyon.

One thought on “Saskatchewan and Athabasca Rivers”